Last week, I took two “field trips” with my class to two local Geneva museums. Our professor spoke only in French, so I need to add a disclaimer that this post might not be perfect. Excusez-moi.

The first trip was to Fondation Martin Bodmer, located in Cologny, or better known as the Geneva Beverly Hills. Its a really nice overlook of the lake, in addition to being an amazing personal collection of historical archives, mainly to literature and scrolls, etc. Bodmer was a private collector and this museum only opened as detailed in his will, as an attempt to preserve and keep it in the same place. 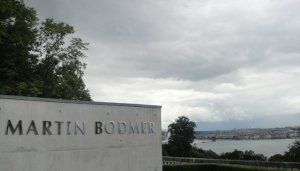 Here is a sampling of some of the ‘ ordinary ‘ pieces in his collection : 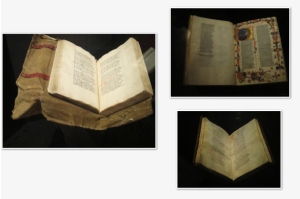 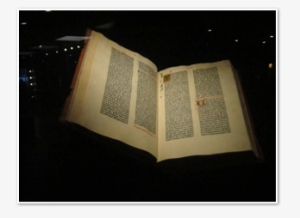 One of the 21 Gutenburg Bibles left in existence

And, just a five minute walk down the street was Lord Byron’s house in Cologny. The rock below is where he wrote and overlooked the below view of Lake Geneva.

Mary Shelley also came up with the idea for Frankenstein while staying at his home in Cologny. Maybe it was the ominous clouds that inspired it……..who knows what I am going to come up with if it doesn’t stop raining here 🙂

One thought on “Fondation Bodmer & Cologny”