We added Arles to our list because we knew The Gladiator would like its Roman history.  Arles has a Roman arena in marvelous shape.

However, I also was jazzed about hitting this UNESCO world heritage city because my favorite artist spent a stint of time here and credited it to be the most inspiring place of his career.  Thus, I am making our visit this weeks’ gratitude post.

Upon arrival, we stopped at Hotel Dieu, the hospital where Van Gogh recuperated after he cut off his ear.  We had learned in the Van Gogh museum in Amsterdam that this incident was likely out of anger during a fight with fellow artist and object of his obsession, Gauguin.  Some say it was actually Gauguin who mistakenly cut off the ear in a sword fight and Van Gogh covered it up to protect Gauguin.  Only the dark streets of Arles can be sure.

Nonetheless, after the ear was no more, Van Gogh ended up at Hotel Dieu.  It was really neat for me to see this courtyard.  I instantly recognized it from a few paintings he did during his stay. 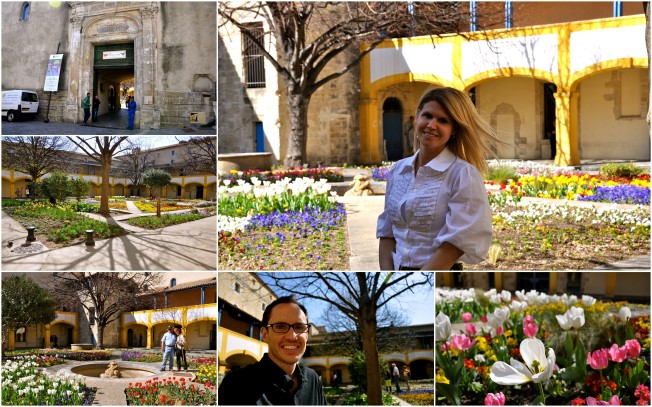 Later, we enjoyed an amazing dinner al fresco at Café Apostrophe in the Place du Forum.  I  say it was amazing because Gabe and I each both ordered a marvelous bone-in steak. We aren’t used to good quality beef in Switzerland.  It is typically small, expensive, and underwhelming.    We tend to get excited for eating out in other countries and Arles didn’t disappoint.

A highlight for me beyond the steak was sitting in sight of the café in the scene of the Café Terrace on the Place du Forum, Arles, at Night. About the night cafe, Van Gogh said, “”I have tried to express the idea that the café is a place where one can ruin oneself, go mad, or commit a crime.” (source: Wikipedia) 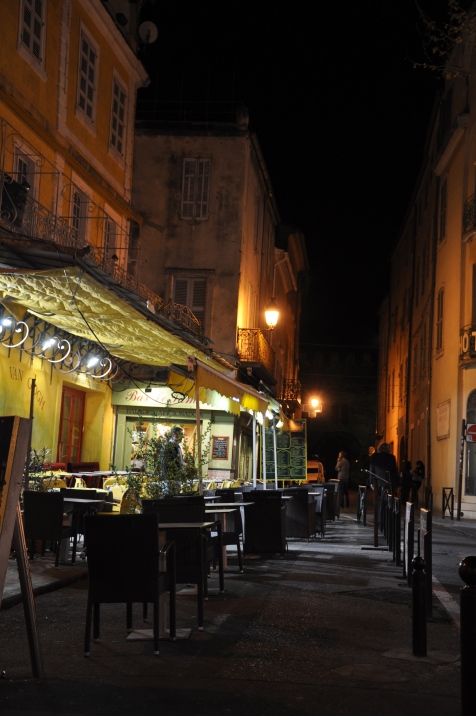 Recognize this scene? The Café - taken with my own camera - the source of my goosebumps!

When I was learning to paint in college, this was the second Van Gogh that I imitated, trying to recreate his brushstrokes in effort to learn the impressionistic style.  I have been lucky enough to travel to other cities that have been the scenes to famous paintings.  However, standing in sight of this little café in Arles sent chills up my spine.

The cafe one that I speak about is in the top left, but also included below are some additional paintings that Van Gogh did while in Arles: 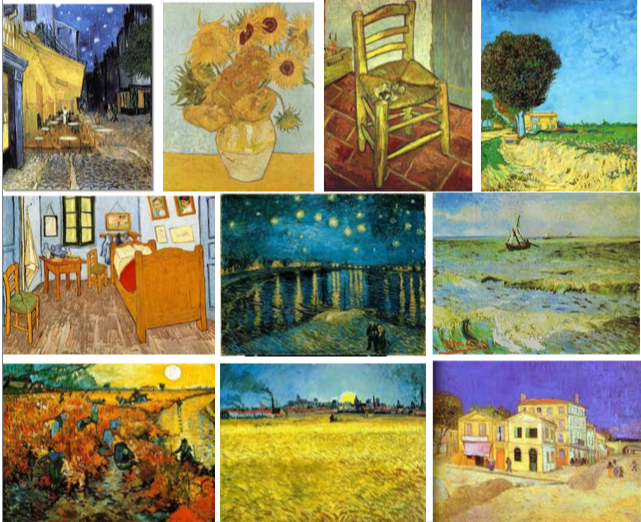 In addition to the Van Gogh sights, Mama Mia, The Gladiator, Gabe and I visited Les Arènes, the ancient Roman amphitheater.   Arles thrived during Roman times.  So much so that they needed a stadium to hold 20,000.  In this stadium were executions, bullfights and other gory events of which the Romans were enamored. 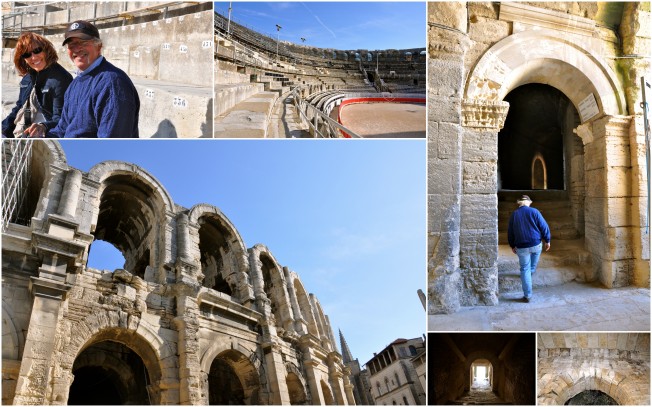 After the fall of Rome, Les Arènes remained but transitioned into a fortress and then later an entire town fit within it’s protection. 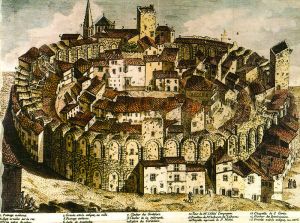 Les Arènes is still used today for shows and bullfights.

Throughout the trip, we also enjoyed strolling down Arles beautiful streets and window shopping.    Mama Mia and I picked up some provençal goods…linens for me, and some souvenirs and gifts for her.   However, we all just enjoyed walking along taking in Arles. To me, the buildings were so gorgeous… 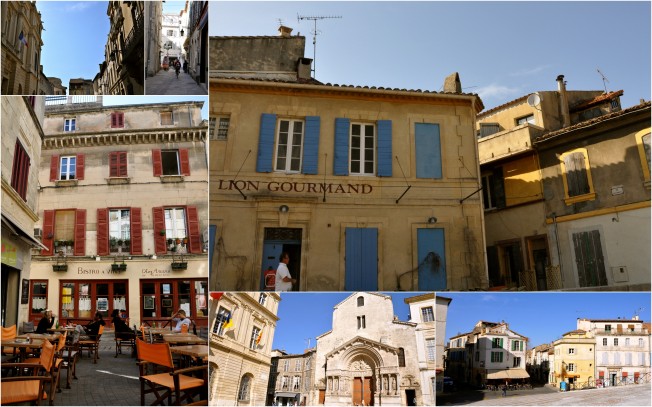 Arles is said to be the most creative portion of Van Gogh’s career.   Now, I see why Van Gogh liked it so much.  I am grateful to have experienced it myself.

One thought on “Gratitude Friday: Stepping into a Van Gogh Painting”