Gabe has wanted to go to Monaco and Monte Carlo since we have moved to Europe.  Being a fan of James Bond, I think he wanted to see the winding roads and glitzy casino up close.

We arrived into Monaco in the morning, making it a perfect time to enjoy coffee and croissants at the famous Café de Paris adjacent to the Casino Monte Carlo.  The Gladiator, Mama Mia, Gabe and I soaked in the rising Monaco sun as we watched Ferraris, Lamborghinis, and Bentley’s roll by. 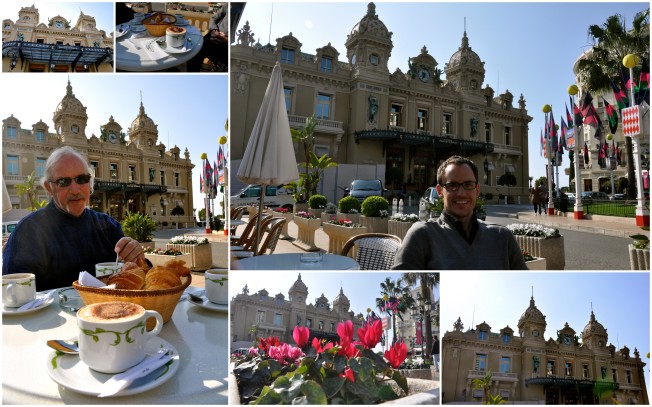 Our immediate takeaway is how pristine everything in Monaco was.  To me, it felt like we were walking through an alternative universe, almost like a Barbie village, too immaculate to be real. 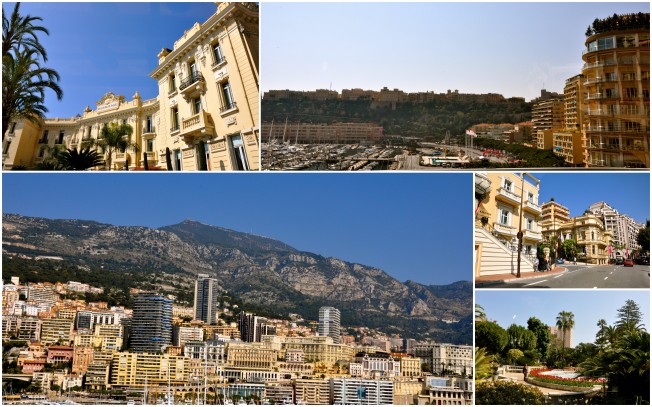 Monaco is a sovereign state, ruled by a royal family.   It is currently ruled by Prince Albert II.  His parents were Prince Rainier III and Grace Kelly.  Princess Grace, previously a Hollywood actress, died when she had a stoke and resulting automobile crash over one of the notorious corniches.

Monaco is the second smallest sovereign state in the world, after Vatican City.  It is also the second most densely populated, only occupying one square mile of land.   It is the same size as Central Park in New York City!  It takes about an hour to walk across the entire country (not counting me with my bum feet).

We took a little train tour, and learned a number of things about Monaco’s history.   For one, they have a police officer for every 60 citizens.  Thus, crime is virtually nonexistent. 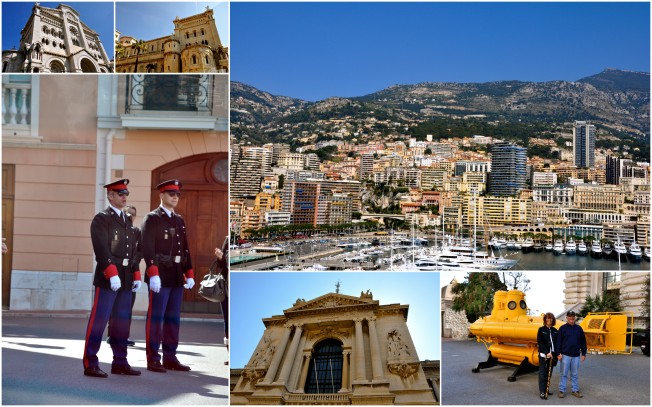 Monaco doesn’t have taxes, making it a desirable place to live.   The casino was started as an effort to start bringing income to the principality.  There is also no border patrol. They speak French and take euros in addition to their currency, the monegasque franc. 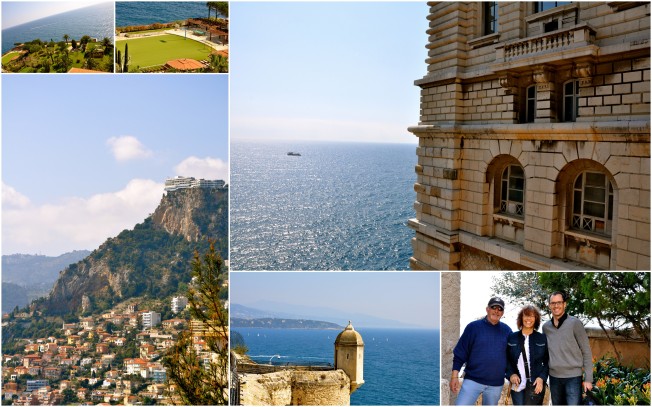 And how can we forget the F1 races?  Monaco’s notoriety has soared because of these infamous races that take place in its winding streets.  We think these would be neat to see one day. 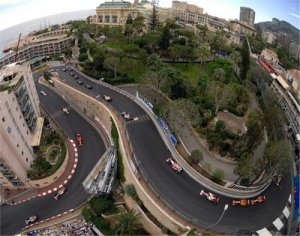 However, for now, “Goodbye, Monaco”.  Back to reality for us….

2 thoughts on “Monaco and Monte Carlo”