Gabe went to the International Motor Show when it was in Geneva a few weeks ago.  There is nothing that seemed worse to me than being handicapped amongst massive swarms of people either in a wheelchair or on crutches.   Thus, he went solo after work one day.  Maybe next year for me.

Ever since he went, he’s been asking me what color Tesla we are going to get.

Most recently, he has starting thinking about how we can build a new garage on our house in Charlotte so it can fit this Tesla.   If you have been to our house in Dilworth, you know our little shed won’t do and there really isn’t space for garage access with our teeny lot.   He has even been pondering about the alley way behind our property.

I thought I would share some of the eye candy from his camera with you:

This is the Tesla booth - Gabe's favorite. If you aren't familiar: it is an expensive electric sports car. 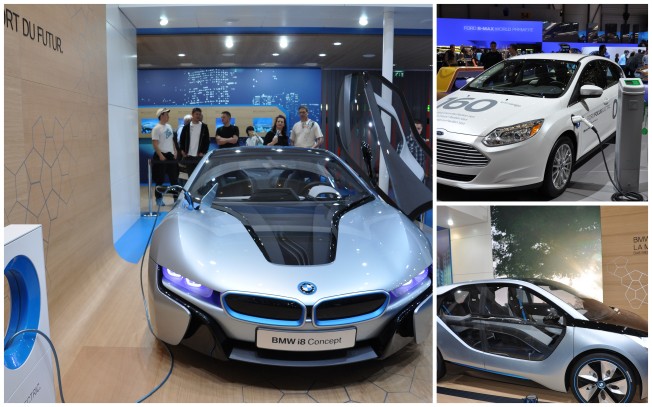 A highlight on some of the non - Tesla electric cars