When BuyClub came out with their motorboat vouchers, we scooped one up.  We thought it could be fun to take the parents out while they were here.   We knew it would be our only chance to take a boat out on Lake Geneva.   It’s apparently pretty hard to rent a boat / get a boat slip and any combination of having to do with driving a boat unless you are made of Swiss money.

So, the little four seater was about our speed. And price range.

However, he was having a hard time getting away.  We waited until about 7, but didn’t want to let any more time pass since we had a hard stop at 8:30.  My idea was that we could hang in the little harbor, pick him up, and swap drivers.    I surveyed the two passengers and asked if anyone was comfortable driving a boat.  After all, I never had.   And…..crickets.

So, I ended up behind the wheel.  Let’s just say, it wasn’t pretty.   I might have rammed it into the dock before we even took off.   The guy who was helping us cast off gave me a horrified look.  And we set off into the wild blue yonder of Lake Geneva.

My mother was audibly scared.  They can’t swim.  Solid checked to make sure there were life jackets on board.    We watched the cell phone. And waited.

Finally, we had saw via text that he’d parked and was on his way*.

We sailed back to the dock.  I may have forgotten to put the boat in neutral when we got him which may or may not have resulted in another scare by my mother and a new little skipper guy on the dock who was trying to help us.

Once Gabe became captain, it became much easier.  My mom chilled out.  We opened a bottle of wine.  And we cruised…

Twin, happy to see Gabe behind the wheel instead of me 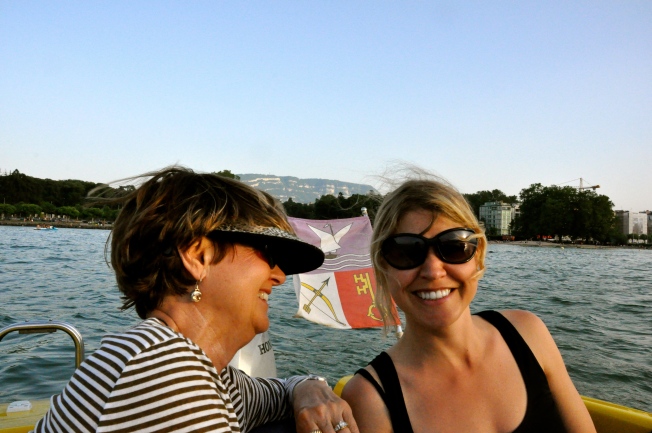 She is laughing now. She was not laughing earlier.

The monks like to ride the boats too. This was a little bigger than ours. 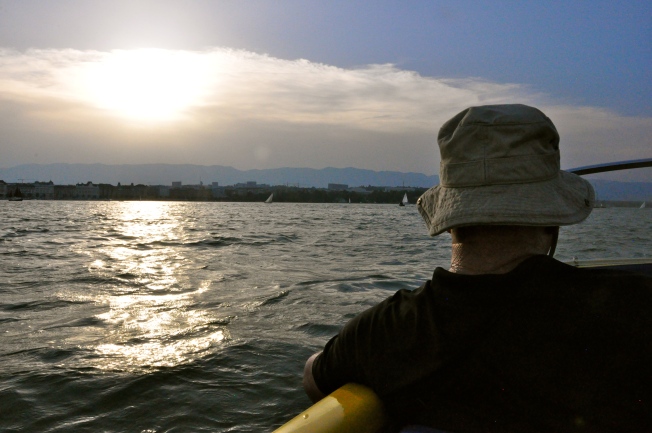 Sun setting during our evening “cruise” 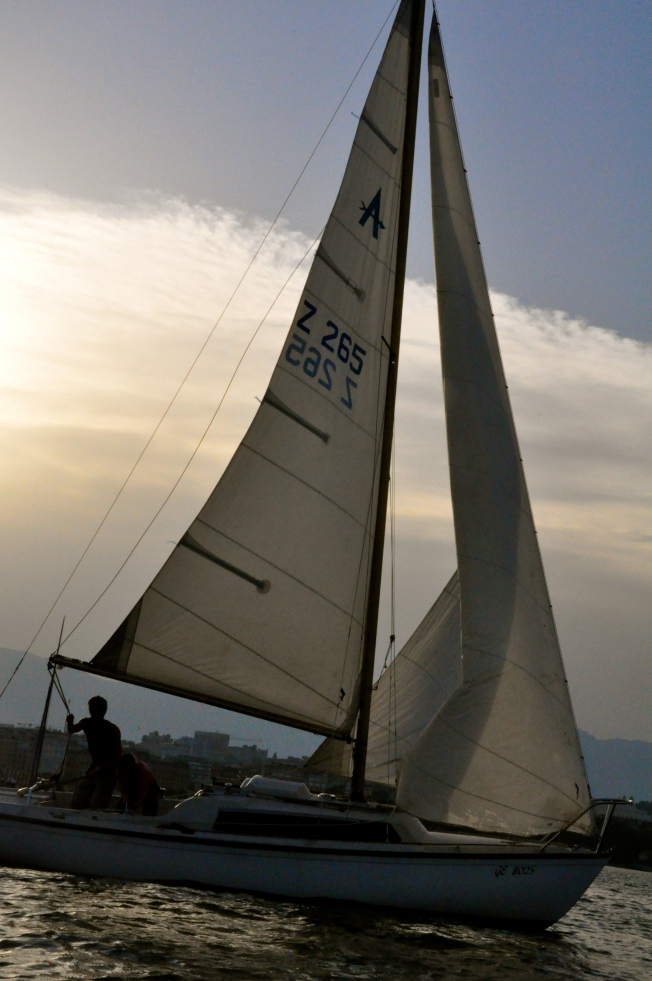 These people were real sailors.

*We’d advise against driving & parking to do a lake front activity during rush hour.  Just take the bus.  It’s much easier.