On Saturday morning, I woke up with high hopes for lavender sightings.   However, my new laissez-faire attitude with trip planning (“let it be”….just book hotel, do research on the way) had a flaw….we were a little too far South for the purple crop.   Oops.

Bruno, our innkeeper, recommended we stay around the area for Saturday and hit the lavender on our way home back to Geneva, since we’d need to pass by it to get home.   Gabe said he could visibly see me getting anxious as he listed all the little non-lavender producing hill towns we could see near Saint Rémy.   Anyhow, we decided to start with some of his recommendations, the first being Les Baux de Provence, and see how the day progressed from there.   It was just a ten minute drive south of Saint-Rémy-de-Provence, so we headed off.

As we approached, we could see the settlement high on the mountaintop.   The range in this area of Provence is called Les Alpilles, or mini Alps.   Les-Baux-de-Provence sits on the top of one of these rock spurs.  On a clear day, it is said you can see all the way to the Carmargue, the mouth of the Rhone.

The town was really beautiful and we got there early enough to beat the tour buses.  Apparently, they start coming in after 10:30 or 11:00 in the morning.

The architecture reflected the different civilizations that ruled over the town

The history of life on the rock dates back to 6000 B.C.    During the Middle Ages, the kingdom was quite powerful.   However, the Baux lords’ reign ended in the 1400’s and the town was ruled by the Grimaldis, of Monaco, from then on.   Actually, while we were there, the town was hosting a Princess Grace photo exhibition.

If you are interesting in learning more about the history of Les Baux de Provence, Schwingen in Switzerland has an excellent post entitled We Didn’t Know the Valley of Hell Was So Beautiful.  They also visited the castle, which we did not do, so you can get tips from their visit as well. 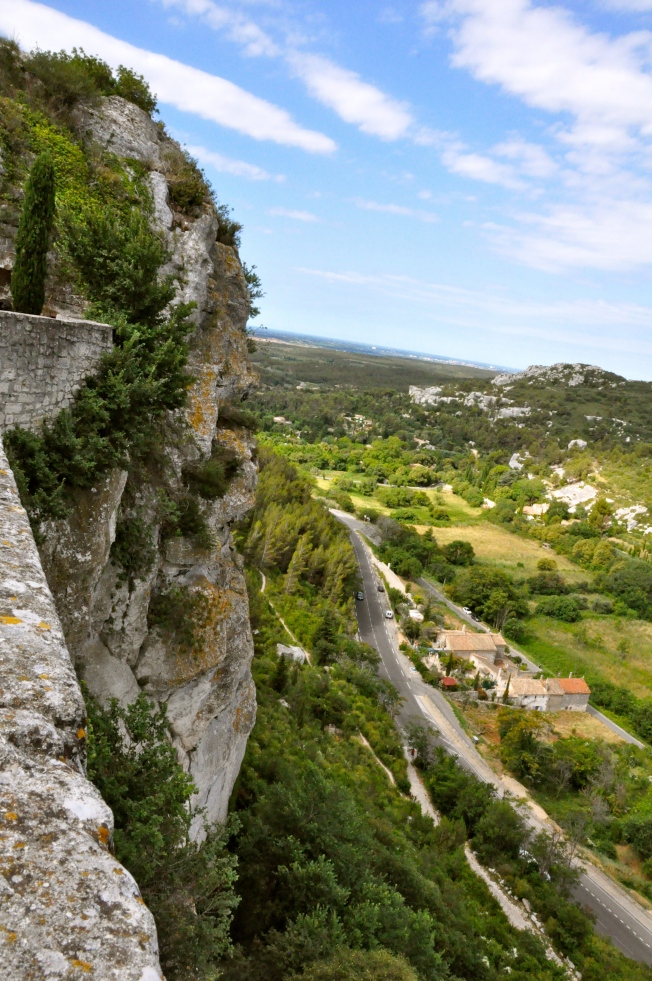 A few of the valley 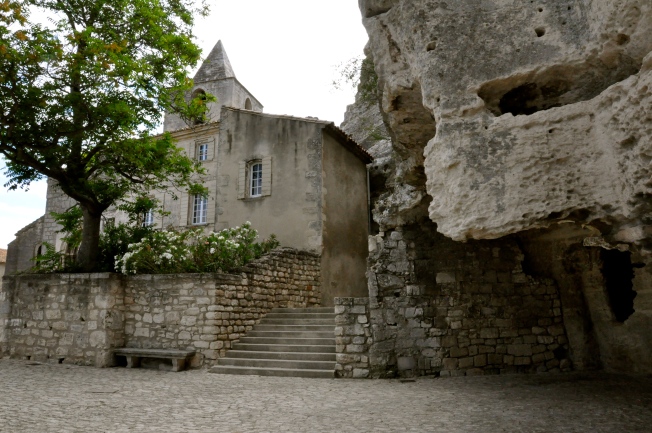 Les Baux was built directly into the rock

A lovely square in Les Baux

A downward view of the streets

Gabe at the gate

Les Baux is worth a stop – make sure you hit it early to beat the crowds.