The idea to go to Piedmont actually got hatched on our way back from Cinque Terre.   I was reading our guidebook to learn more about Italy and came across the “Festivals and Events” page.    I mentioned to Gabe that the Alba International White Truffle Festival was listed as mid-November.    Since the Piedmont is only a 3 to 3 1/2 hour drive from our flat in Geneva, we decided that we’d check into it.    And, as it turned out, the last weekend of the fair was our only free weekend in November.   Perfect.  Booked.   Why not?

Let’s back up and say while we like truffled foods, we are not connoisseurs.   We have some friends from Singapore who we’d call connoisseurs of truffles, but not us.    I can probably safely say the amount of truffled dishes I have had in my life have been less than five.   The only time I’d ever seen a truffle was at our anniversary dinner at Le Sesflo in Geneva where they shaved it into my risotto.  The rest of the time, it has been truffle-infused or with truffle oil.     I can probably say the same for my husband.

Planning the trip to Piedmont, I looked into trying to go on a truffle hunt, with an actual dog (Italy banned the use of truffle hunting pigs a few years ago due to the animals damaging the special truffle producing turf).    After researching, I soon found this excursion wasn’t in our budget.  Far from it. Like obscene. And you don’t even get to keep the truffle. 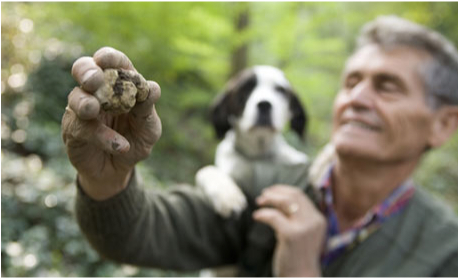 Since we can’t afford a truffle hunt, this image is courtesy of theguardian.co.uk

We decided that attending the Alba International White Truffle Fair would be enough of an experience. 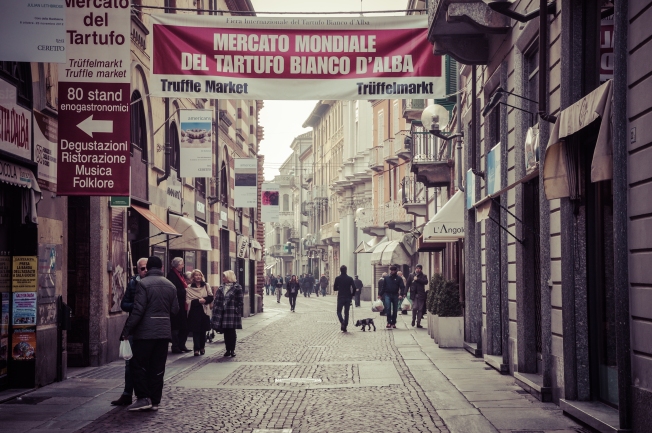 Streets of Alba at the entrance to the Truffle Fair

Not knowing anything, we were a bit overwhelmed.  There were truffles everywhere. The farmers were proudly standing with their selection, most in glass cases. 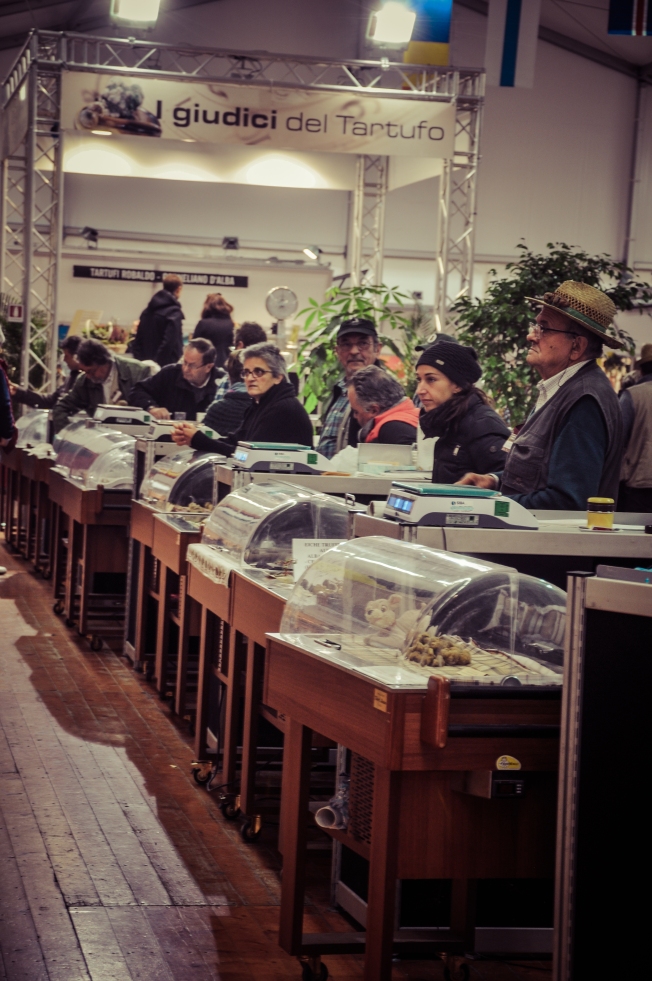 Line up of truffle hunters 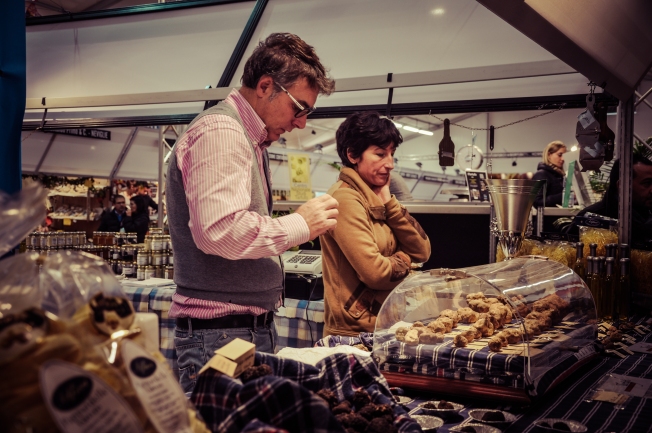 I liked this guy. He kept polishing his truffles on display. We bought some truffled dry pasta and truffle oil from them to savor at a later date. 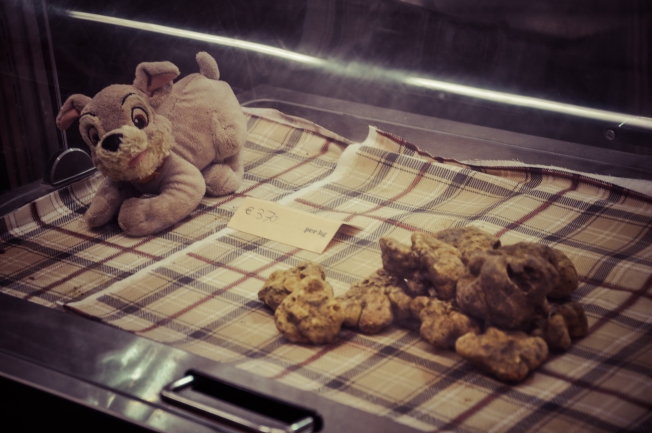 This is as close as we got to a truffle dog

As we were intimidated, we wondered around looking at other foods of the Piedmont, continuing to take it all in.   The vendors were very kind offering samples but my Italian is very weak so I felt bad at not being able to communicate.  Just a polite nod and smile.

I’ll point out that this wasn’t a very touristy event.  We didn’t see a single other person who was a) there for fun or b) speaking English.  They were all there to buy. 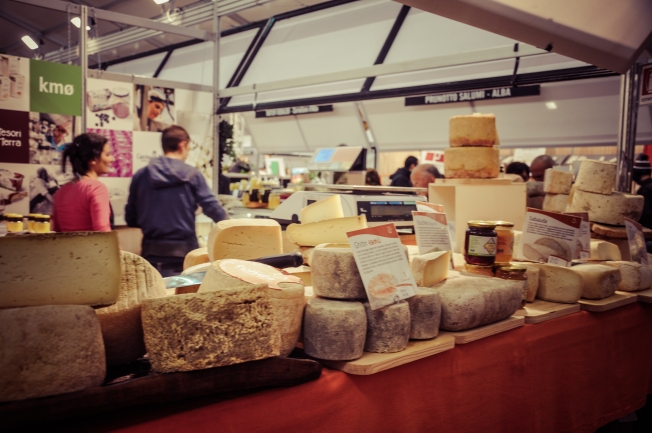 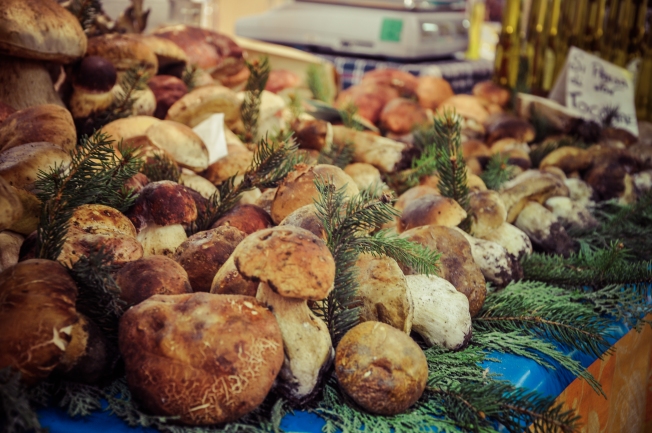 In the end, we actually ended up buying a little white truffle.   It was a splurge but we are pretty sure we won’t be going back to the White Truffle Fair any other time in our lives. 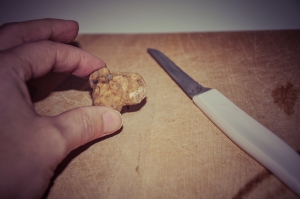 This is how much truffle we can afford. 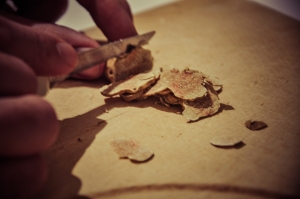 We sliced it up so that we could put in on buttered gnocchi pasta.