While I didn’t ski, didn’t want to deprive our readers of the skiing experience in Portes du Soleil, so I have asked our fellow holiday-goers to help add some flavor with their photos & stories.

Our Hotel Tremplin provided two lifts with direct access to Morzine / Les Gets.   These two villages are a part of an overall area is called Portes du Soleil which includes 12 resorts with 8 in France and 4 in Switzerland.  There are over 209 lifts in Portes du Soleil, allowing complete exploration of this region of 650km of slopes.

Having a central hotel was nice so everyone could break and re-group.   Plus, it was nice for them not to have to walk far to hop on a lift or rent/return skis. 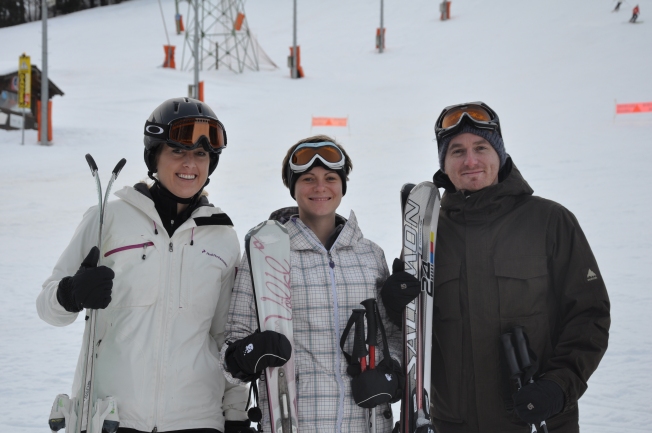 First day….ready to go again after a lunch break at Le Tremplin

There was a hotel above ours, at the top of the Pleney lift.   I sat there on the terrace one day soaking in the sun, as the lift didn’t require you to be a skier to take it because of the hotel guests also needing access.

The positive to this hotel is that you could really ski directly into it.  However, the cable car stopped at a certain time which would limit your Morzine nightlife access.

The views at the top of Pleney, the furthest I could go on cable car + foot without being a skier

The area at Pleney was also where the ski school was headquartered.  Out of the five skiers in our group, four ended up taking lessons of differing levels to improve their skills.    This is a really good practice for skiers of all levels, to brush up and learn more.  By taking them early in the vacation, they could apply the learning.

Morzine offers lessons in English, either private or shared.  Everyone found them helpful, indicating about 2-3 things that they learned that really helped their technique the rest of the week.

Meeting Gabe for lunch at Pleney before his lesson

The group preferred exploring the top of the mountain, where they said it was less crowded and the views were magnificent.  Later in the week when there was rain in the village, it became more and more important to ski the top where the altitude resulted in snow vs. rain. 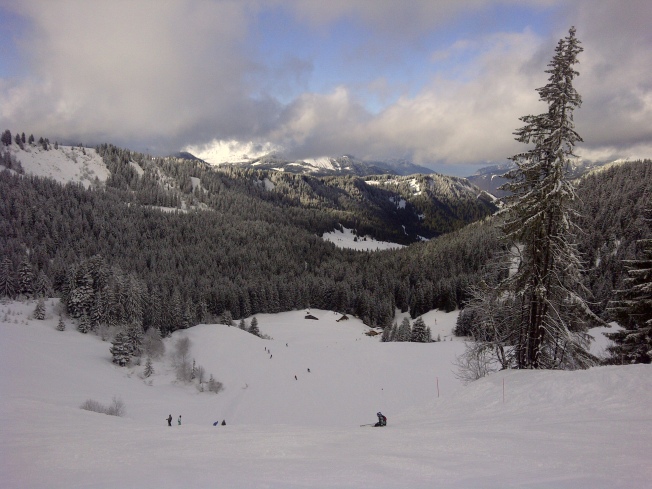 Slopes at Morzine, captured by Gabe 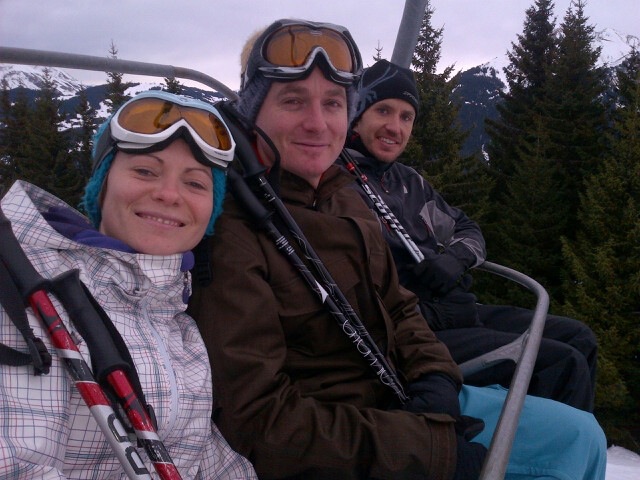 Riding the lift, captured by J

Gorgeous snow image by B

M gazing out onto the slopes.  Image courtesy of B

Gabe, M & B, ready to descend from the top.  Image courtesy of J.

Time for a beer! Image taken by M. 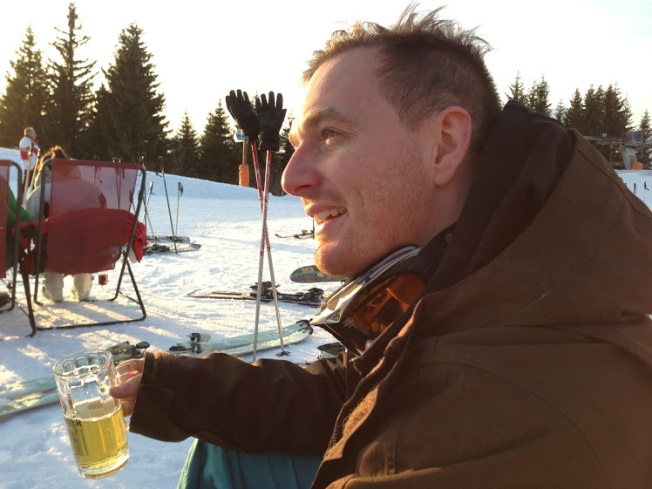 B enjoying his beer, taken by M

Each day the group came back exhausted but happy.  They were very content with the ski area and had a wonderful time.