We visited Vatican City our third day in Rome.  Vatican City is a sovereign city-state within the city of Rome, taking up only 110 acres.  It is home to 800 people, all affiliated with the church and museum.

We were lucky to have Claudia again as our guide, to see the highlights.  With limited time in Rome, and also limited time to plan and research the trip, booking a guided tour was helpful to make sure we got the most out of it. 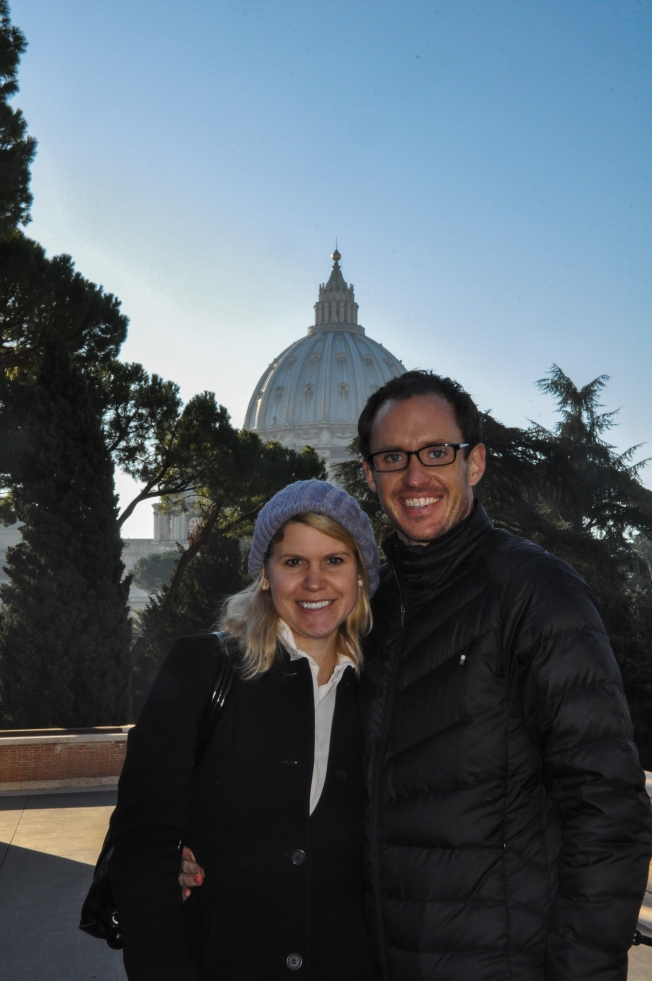 View from The Vatican Museum of St. Peter’s in the distance 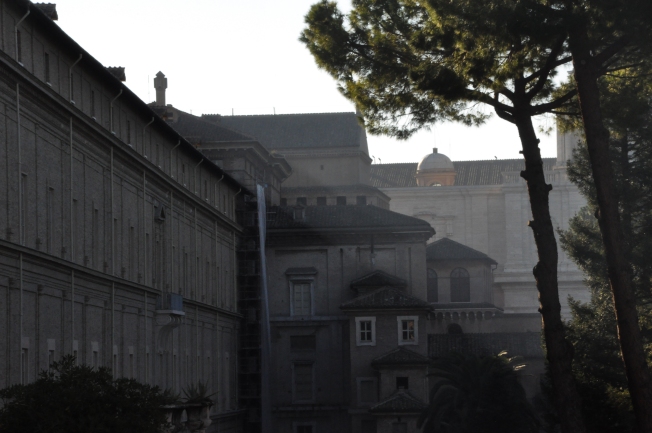 The light was just beautiful in Vatican City. The buildings seen here are the galleries leading to the Sistine Chapel.

We started our tour in the Vatican Museum, holding many treasures that they have accumulated from history. The statues were impressive but I much preferred the remarkable ceilings. 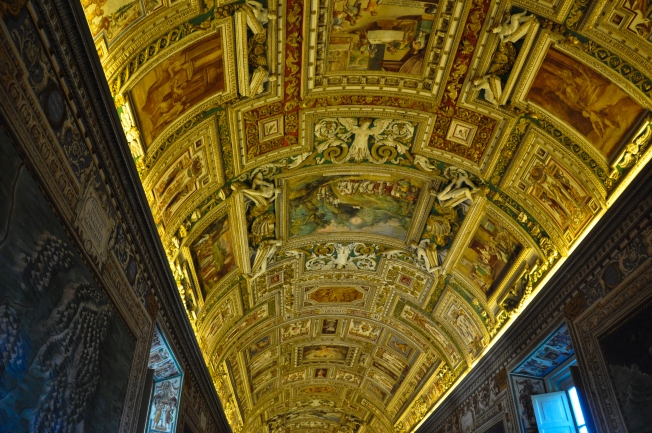 These corridors lead to the Sistine Chapel.  Many people told me they were brought to tears upon seeing Michelangelo’s greatest work.  I read the fictional novel The Agony & The Ecstasy, about Michelangelo’s life many years ago, which detailed that he was not enthused about this assignment – he hated fresco painting and preferred sculpture.  The Pope had required him to live in Rome and complete the works on St. Peter’s.  Not sure if it was that information or the hoards of people shoving us, but I thought it was just okay.  Really cool to see but I did not need any tissues.   Sorry – no photos allowed.

A guard came up to us and told Claudia that they were shutting St. Peter’s in 10 minutes due to New Years’ Eve.   He told her to hurry or we’d miss it.  Whispering a “grazie mille”, we quickly descended into the remarkable church.

If you aren’t familiar with St. Peter’s, it is a church dedicated to St. Peter, built above his grave site.   There was an original church on the same spot, but during Julius II’s reign, he wanted to make it more glorious due to it’s significant dedication and symbolism.   St. Peter was one of Jesus’s disciples, and a very important and influential one.  After Jesus’s death & resurrection, he became the natural leader and made great strides in proclaiming the message of Christianity.  He was persecuted for his teachings under Emperor Nero and when he was given death by crucifixion he requested only to be crucified upside down as he didn’t feel he deserved to be crucified in the same manner as Jesus.

One of the first things we saw within the church was Michelangelo’s pieta, a sculpture of Mother Mary holding the adult crucified Jesus on her lap.  Michelangelo sculpted this emotional masterpiece at 24 years of age.  Can you imagine?  This work of art brought me more emotion than the Sistine Chapel, it was his passion, the sculpture.

We continued to walk around the basilica.  Notice the light coming in at every vantage point.   Full credit to the hubby for capturing this beautiful essence of the visit with our camera. 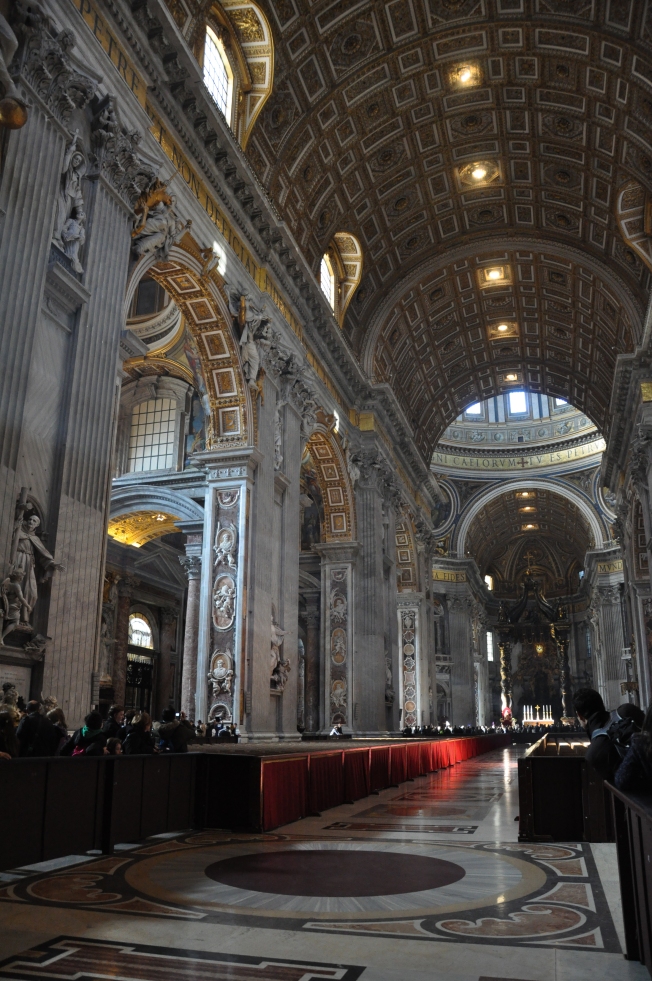 The domes and ceiling were really impressive.  Mid-way through, Gabe said that it was the most impressive religious structured he’d ever seen.  Although I was impressed by others (see list at end of this post) , I’d have to agree. 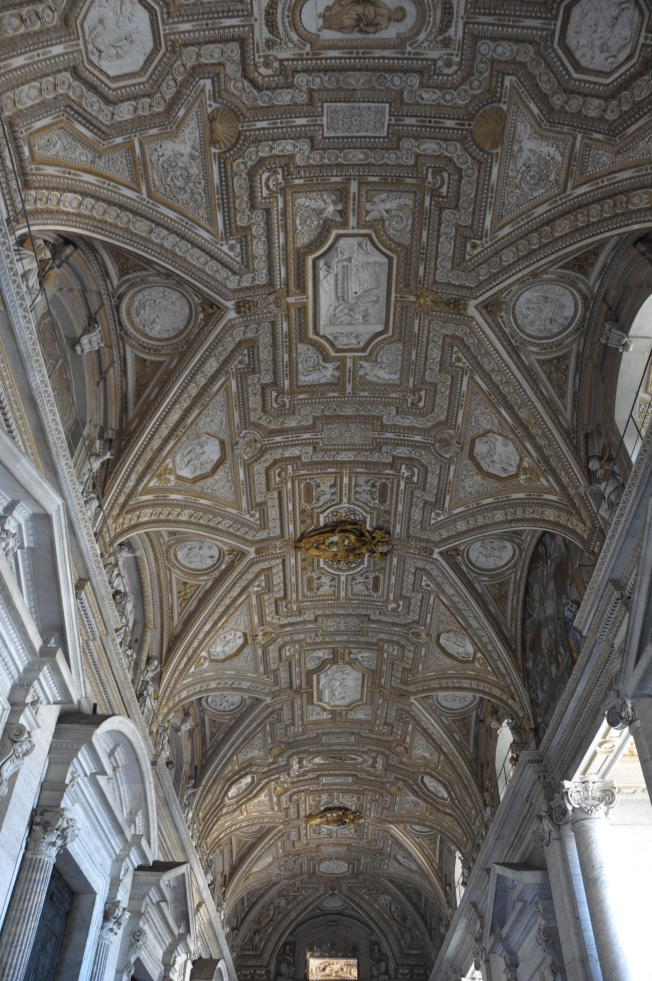 Upon leaving, we saw the famous Swiss guard on duty!  The volunteers come from the four Catholic cantons of Switzerland and their mission is to protect the Pope.

After grabbing lunch, we returned back to the square for experiencing this special place once more. 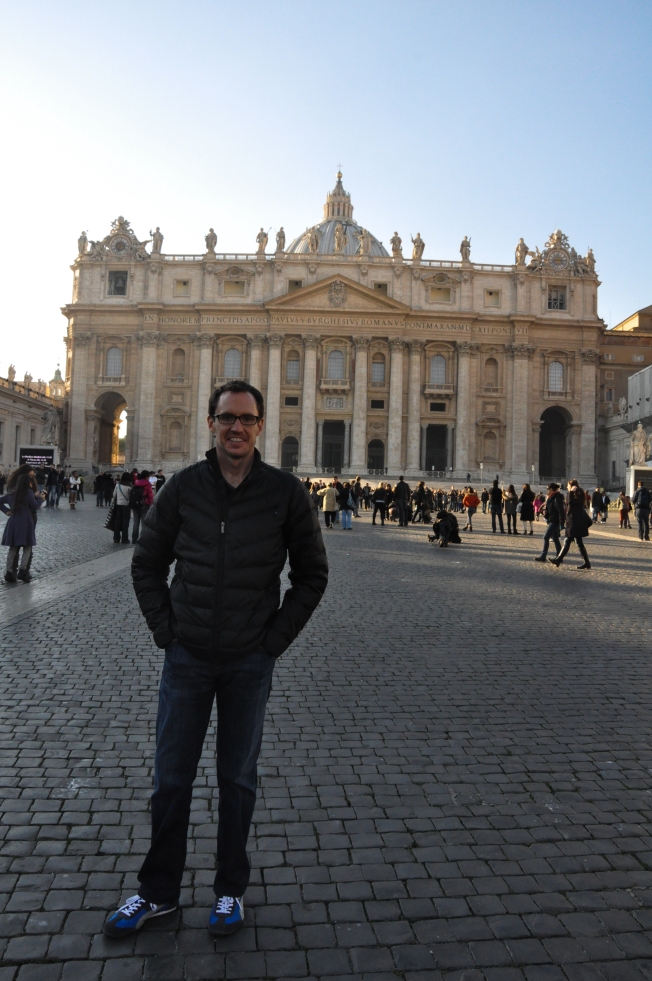 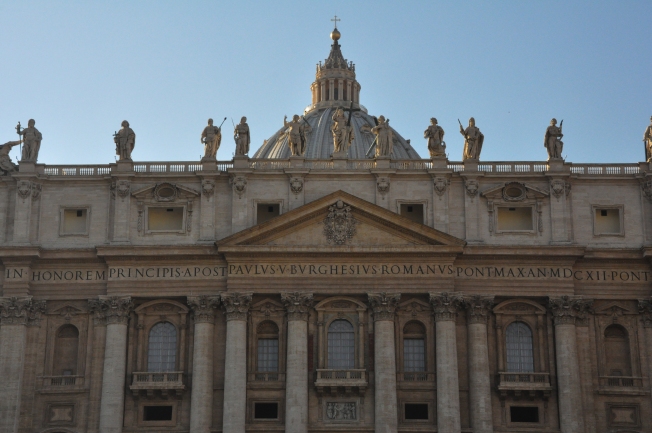 About ten minutes after we returned, the guards came, ushering every single person out of St. Peter’s Square for what we think were New Year’s Eve preparations.  So, we can officially say we were kicked out of Vatican City!!

Nonetheless, we we grateful for the visit.  What a remarkable place.