Gabe is a big fan of alternative / renewable forms of energy.  We’ve been able to see many examples of green energy sources during our time in Europe.

Windmills are very common, dotting the mountainous landscapes to take advantage of the wind energy.

Windmills in the Aosta valley of Italy 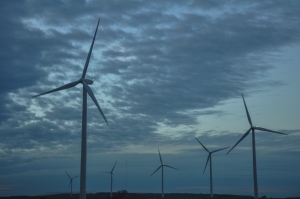 Windmills in Eastern France, on the way to Champagne 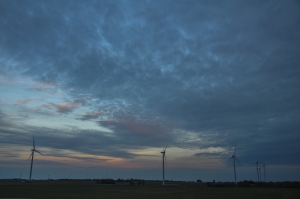 Windmills in Eastern France, near Dijon

Windmills in the water, near Copenhagen, Denmark

Windmills in Scotland in the Midlands

We also have seen several examples of cool solar energy in Europe:

Solar parking lot near Bordeaux, France – this was enormous.  The panels both gathered energy and protected the cars from the elements

Switzerland in particular makes excellent us of hydropower with its alpine streams and vertical topography.  It produces over 50% of Switzerland’s energy.

We both think it is pretty neat how Europeans invest in protecting their environment, with their concern for recycling, reduced packaging/disposable materials, and using combinations of green energy.