Our London weekend was quite lovely. Here are a few highlights from our trip that we wanted to share:

The Tower of London

We really enjoyed seeing the Crown Jewels and the Beefeater Tour

We loved Ye Olde Cheshire Cheese – it was rebuilt the year after the great fire, in 1667. We happily noshed on fish & chips in the 700 year old wine cellar, and tried to imagine what it was like when Dickens, Mark Twain, Alfred Tennyson, Sir Arthur Conon Doyle were there.

We also hit up a few pubs in Mayfair and I got to try a Pimms.

This was a really cool experience.  We sat and enjoyed the Evensong Service and the magnificent choir of Westminster Abbey.  We sat right next to the altar where William & Kate were married just a month before.

We thoroughly enjoyed Alls Well that Ends Well in the replica of Shakespeare’s Globe, as he intended his shows to be displayed – open air (yes, it was raining) and without acoustics.  We imagined what is was like in the original, just yards from the new version.

It was nice just to see some of the beautiful landmarks of London and true to form against the stony grey sky! 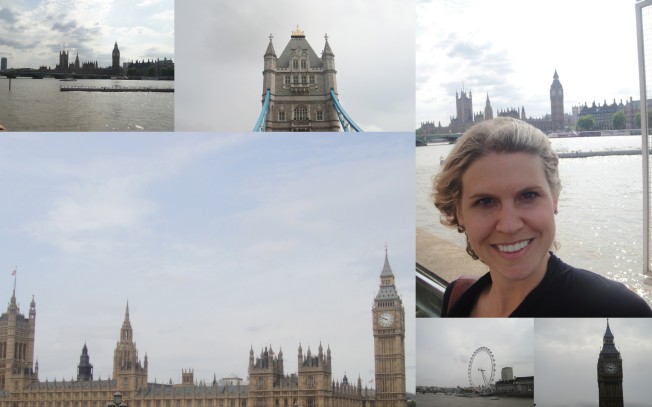 Lauren ventured off on her own on Monday when Gabe’s conference began and here is the quick recap:

Abbey Road (Beatles studio site and scene from their famous photo.  Quite funny to watch all the tourists almost get hit by cars and buses not amused by the traffic hold-up.

The British Museum – I saw the parts of the Parthenon that were “saved”.  We heard in Athens last year that the British stole these artifacts from them in a bailout and refused to give them back. Quite interesting to hear both sides of the story.  Also, the Rosetta Stone was a highlight. 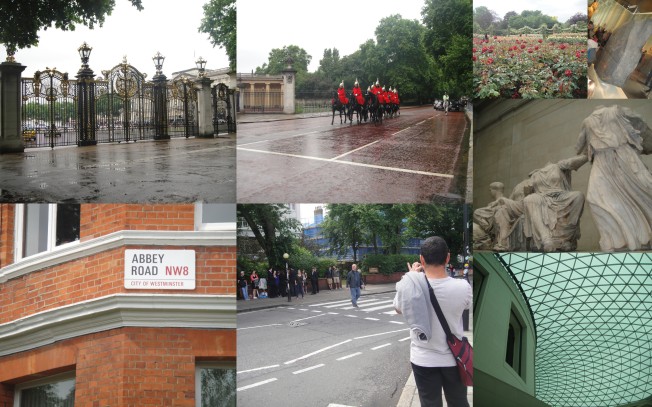 Thanks to all our friends for the great tips!