Switzerland held elections this past Sunday.

Leading up to the election, political ads have been in full force, covering trams, buses, and about 80% of the Geneva billboards. To be expected, right?

What wasn’t expected by me was the shocking nature of some of these campaigns. For a neutral country, they can be very direct. Particularly, the Swiss People’s Party ones which are fear based to stop “massive immigration”.

Believe it or not, this year’s campaign’s are tame :

Previous years have been a bit more appalling. I did a quick Google search and found some from the last big election in 2007. You really don’t need to know French or German to interpret the xenophobic message conveyed. 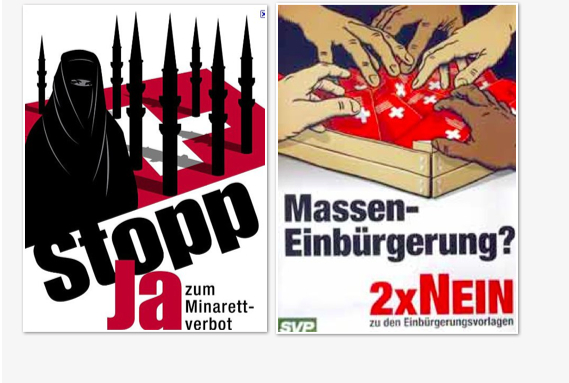 For more background, check out the CNN article here on the election results, or a portion of the Jon Stewart show which talks about the minaret topic.