Post by Lauren We just so happen to live in the epicenter of the best skiing in the world. Most of these places are less than an hour and a half away from our house. 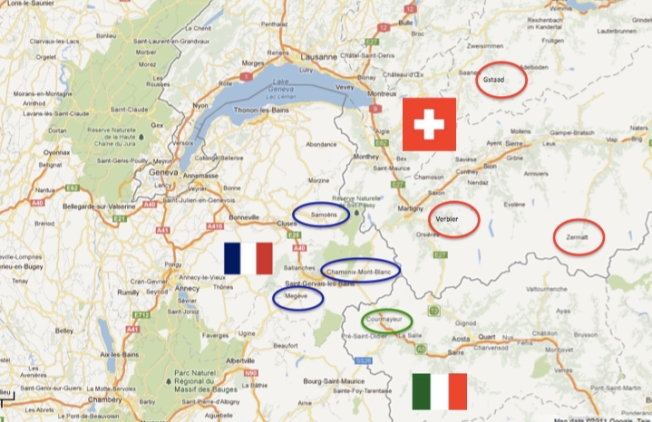 If you live in the Alps, you are supposed to be able to ski. And well. I have historically not been a good skier, but bought equipment in the US in August so that I could try it out again. I mean, we live in the Alps. How can I not give it another whirl? And, I ended up getting everything used for about 180 USD; not too bad, considering new equipment here is 2000 CHF. So, armed with my new gear and a pack of 8 friends, we set off to La Clusaz in the French Alps for the day to explore the alpine ski action. It was only about a 45 minute drive. 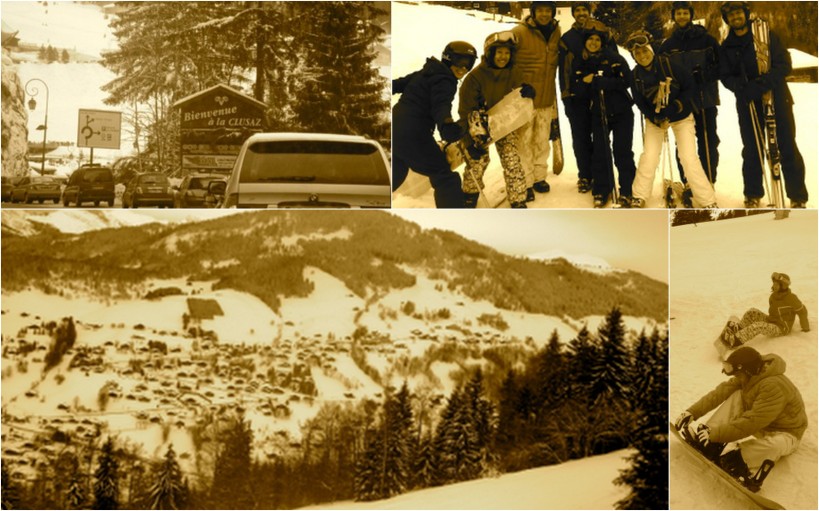 Getting geared up. Thanks to A for getting the group shot prior to lift off. The little specks in the distance are little chalets. So cute. 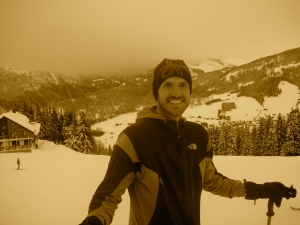 My husband is the type of person who says he’s not a great skier but he is. He has gone multiple times with Henry Birmingham at his place in Jackson Hole. He did not marry his match in this department.

We rode an extremely long lift to the top. They don’t have lifts that long in Virginia and West Virginia – the two States where I have skied prior. Everyone said it was a normal hill but it was crazy scary to me. Fear set in. As the group set off, we set a meeting place for lunch. I made it my goal to survive getting halfway down the mountain to this chalet. It had red lounge sofas outside. I just kept visualizing them and basically snow plowed the entire way, 1000 metres. Even with snowplowing, I still managed to fall a dozen more times. One time I lost control and zipped headfirst into the powder. if it was golf, I would have been in the rough. 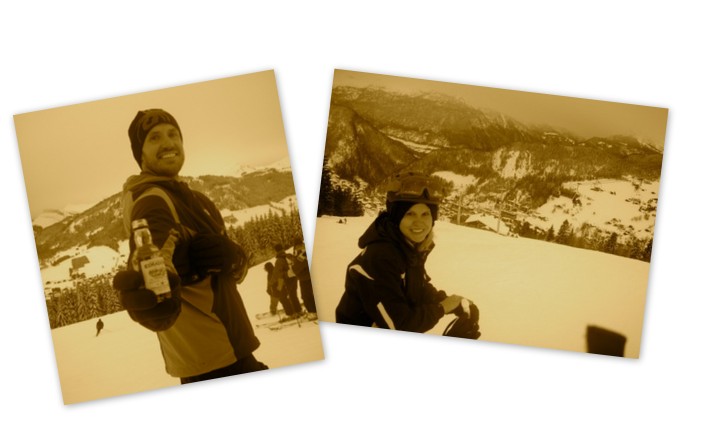 Taking a break after falling a ton! Did I mention my husband was good at skiing? I must mention that he is also patient. His first Alps run in his life, he had to babysit me as I teetered down the mountain.

And….we finally made it to the chalet.    As the group was starting their next run. 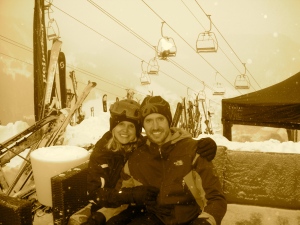 Reporting back to the group over lunch, A commented… “Oh yea…we saw you from the lift. We saw like one leg in the air, face in the snow, skis everywhere. Couldn’t get my camera out in time, though.” So blame her that you don’t have any eye candy. After a delicious French lunch and a glass of Bordeaux (no hot-dogs & chicken sandwiches on this mountain, ladies and gents), I got back on the skis and we headed to the bottom. Still continuing to snow plow. And fall. The group gathered at the bottom to take an enclosed gondola to ascent back up to the tippy top. Even further up than where we were last time. No way in hell I was getting on that thing. I chose to stay at the base on the green we’d found on the map. I ended up being the only one over five years of age who wasn’t an instructor on that particular run. I didn’t care. I was way more comfortable there. 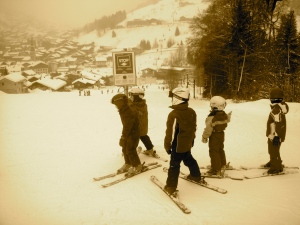 Notice the tiny skiers. This was my happy place.

When A & S tired of the slopes, they joined me and we ice skated. J kept going with her mad snow-boarding skills! 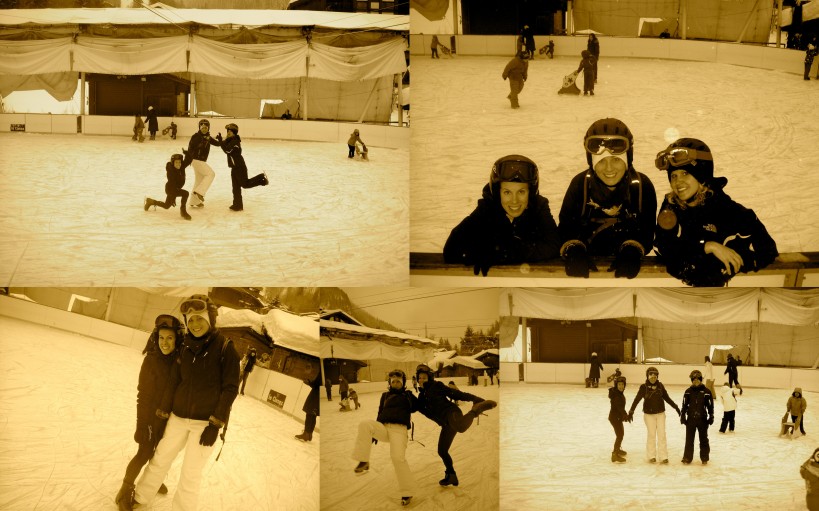 I had a lot more fun on the ice. Don't judge the face we were still wearing our helmets.

It was a great new adventure. However, I will not be getting on a blue hill anytime soon in this region of the world. Going to be sticking to my greens. And perhaps taking lessons soon…. We both slept really hard Saturday night. I woke up a bit earlier than Gabe so made this visual treat about our Ice-capades in my time waiting for him to awake. Enjoy.

5 thoughts on “Our first Alpine skiing”